My Great Grandfather was Peter Daniel Anderson. He was a Swedish immigrant living and farming in Carver County with his wife, Caroline, and two daughters. In late August, 1864, he and some of his Swedish neighbors enlisted in the 4th Minnesota. From St. Paul they traveled by steamboat and train and on September 15th they joined up with the regiment in Allatoona, Georgia. The regiment was guarding a railway cut. Sherman had won Atlanta and Hood was coming north and threatening the supply route.

On October 5th, exactly one month after leaving Minnesota, P.D. Anderson and his neighbors were involved in a major battle. They survived to go on one of the great events of the war, Sherman’s March to the Sea. They continued marching through the Carolinas and witnessed the surrender of Joseph Johnston’s troops in North Carolina. Their final march was to Washington, D.C. for the Grand Review at the end of the war. He returned home to continue farming in Carver County and raise his family of 10 children. 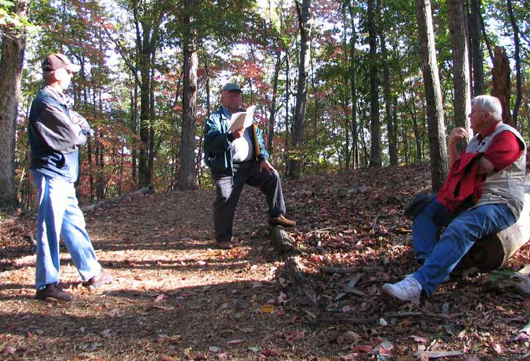 Photo below is of Bob Wicklem reading his ancestor’s letters while standing in the 4th Minnesota trenches at Altoona Gap.