Brothers James and Zelotus Foster came to Highland Township Wabasha County Minnesota from Cassewego, Crawford County, Pennsylvania, James in 1858 and Zelotus in 1860. James was my maternal Grandmother’s Grandfather and Zelotus her Great Uncle. Both enlisted in the 10th Minnesota Infantry, Company C in August of1862. James was 23 years of age and Zelotus was 21. Also in Company C was James’ brother-in –law James Collier and First Cousin William Canfield. James and Zelotus were privates and Canfield and Collier corporals. All fought in the Dakota War of 1862 in Minnesota, in the Sibley Expedition to the Dakotas in 1863, in the campaigns of the Right Wing of the 16th Corps in the Western Theater of the Civil War and at the Battle of Nashville, Seven of their comrades from townships surrounding the village of Plainview in Wabasha County died on December 16, 1864 in the famous charge on Shy’s Hill. James would die later from disease on April 5, 1865 and is buried in Memphis National Cemetery. Zelotus was discharged for disability at Dauphin Island, Louisiana in early 1865. Collier and Canfield muster out at Fort Snelling in St. Paul, Minnesota on August 19, 1865. He is buried in Bronson, Michigan.

The brother’s original family name was Forster and was changed to Foster by the third generation in America. Their Forster ancestor David and his brother John came from Scotland by way of Northern Ireland and were among the first settlers in the Susquehanna Valley in central Pennsylvania in 1720. Their ancestors fought in the French and Indian War, The Revolutionary War and the War of 1812 prior to the Civil War. Ancestor John Forster III was a General in the War of 1812. Since there were five generations of Forster/Fosters with numerous sons prior to the Civil War, the families had numerous relatives in the War, including also families of daughters with the names Moore, Cadwell and Kelly. There were 14 Fosters and five Caldwells alone from Erie/Crawford Counties in the War. Most were in Pennsylvania regiments including the famous 83rd Pennsylvania from Erie and Crawford County. There were also Foster cousins in Wisconsin and Iowa regiments. James and Zelotus’ brother William was in the 3rd Minnesota infantry and brother George was in the Second Minnesota Cavalry.

The most famous family connection in the Civil War would possibly be Union General Edwin “Bull” Sumner. Summer was married to Hanna Wickerson Forster. Two of their sons, Edwin and Storrow, and a son- in- law William Teall were officers in the Union Army. Both Edwin and Storrow would become Generals in the US Army later in their careers. General Sumner and Hanna’s son-in-law Brigadier General Armistead Lindsay Long was secretary to Robert E. Lee in 1862 and was Brigadier General of the Second Corps Artillery, the former Corps of Major General Stonewall Jackson. Another son-in-law Major Eugene McLean was chief quartermaster to General P. G.T. Beauregard.

Another Union General, George Wright a Mexican War hero was married to Hanna’s sister Margret and was the Commander of the Pacific during the Civil War. Their son John was on the staff of General Don Carlos Buell and was also married to another distant Forster cousin. John later replaced Lincoln’s Secretary John Nicolay. General Wright’s son Thomas was a Colonel in the War and son-in-law Wesley Owens, a Captain in the 5th U.S. Cavalry. General Wright and his wife would die on a ship in a storm on the Pacific in July of 1865 shortly after the close of the War. Their son Thomas would be killed in 1872 along with US General Edward Canby by the Modoc Indians in the Lava Flats in northern California. Canby was Commanding General of the last major campaign in the Civil War at Mobile in which the XVI Corps and the Minnesota regiments participated. The Thomas-Wright Battlefield near Hardin Butte at the Lava Beds National Monument is named for Thomas Wright. 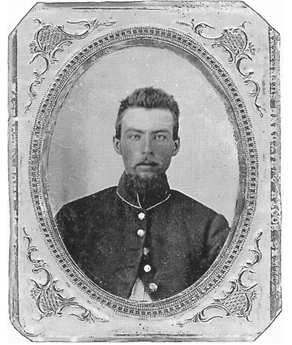 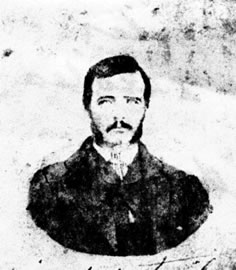 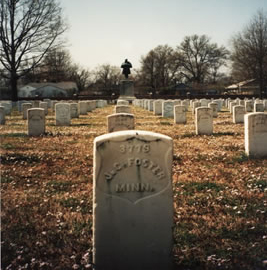 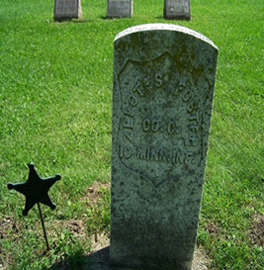 Thomas Dugan was my maternal Grandfather’s Grandfather. He enlisted in the 2nd Connecticut Regiment on May 7, of 1861. Thomas enlisted 0n April 22, 1861 and was mustered in “Rifle B” Company, in the 2nd Connecticut Infantry on May 7, 1861. At Bull Run they encountered Longstreet’s at Blackburn Ford in the first skirmish of the War. They flanked the Confederates at Sudley Springs with General Sherman and fought them in this position with 16 men in the regiment killed. Since these boys were from Connecticut the home of the manufacturer of guns, eight of their companies were armed with Sharp’s rifles and two with Springfield muskets. On August 7, 1861 he mustered out of the 2nd Connecticut. The 2nd was a three month regiment.

In September of 1862 Thomas enlisted in the 21st Connecticut. In December Thomas fought at Fredericksburg with the IX Corps in Getty’s Brigade which was in General Sumner’s Grand Right Wing. After wintering at Falmouth in the “Mud Camp” they left for Newport News, VA. On February 1, 1864 on a raid up the James River Thomas was captured at Smithfield, VA and sent to Libby Prison in Richmond. On March 12, 1864 he was transferred to Andersonville Prison in Georgia arriving in June. He was admitted to the hospital there on August 2, 1864 and died there on August 4, 1864. He is buried in Section F, grave 4670 at Andersonville National Cemetery. Thomas’Regiment the 21st Connecticut went on to fight in the deadly battle of Cold Harbor, probably Grant’s most devastating defeat of the War. They then fought in the battles around Petersburg including the Battle of the Mine and Fort Harrison and eventually Appomatax Court House where Lee finally surrendered. 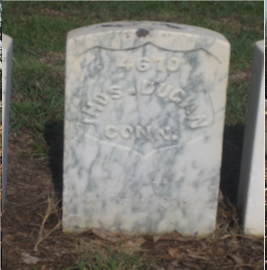 James Dugan, a brother to Thomas and thus my material Grandfather great Uncle, enlisted in the 26th Connecticut Infantry Regiment on September 9, 1862. On November 10, 1862 he mustered into Co. G. At Port Hudson near Baton Rouge, LA on June 13, 1863 James was in Dow’s Brigade of General Thomas Sherman’s Division. At this battle they fought at a place called “The Slaughter Farm.” General Sherman was shot in the leg and his horse killed, their Brigadier General Neal Dow was wounded twice and captured and later exchanged for Robert E. Lee’s son Rooney Lee.

The Brigade’s Colonel Davis Cowles was killed. James was wounded in the battle and later died on July 28, 1863 on a steamer returning the regiment to Connecticut. The steamer St. Maurice left Baton Rouge on the 26th of July 1863 and James died on the boat two days later. Records indicate that the steamer went up the Mississippi River to Cairo, IL and then they traveled to Chicago and then on to New York and from there it said they took a steamer to Connecticut. The steamer arrived in Connecticut on August 7, 1863. To date James burial place is unknown. James may have been brought along to be buried at home in Connecticut. This is not unrealistic as his comrades were going home and could well have taken him along. It is also possibly the boat stop wherever it was on July 28, 1863. Likely places might be Vicksburg or Memphis, but neither National Cemetery has a James Dugan buried there unless he is buried as an unknown. Further research is required.